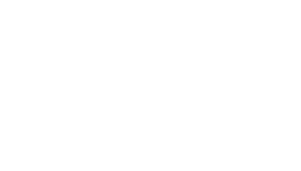 Around Taormina, snapshots of the history of cinema

Heading north just less than 20 km from Hotel Villa Taormina, you reach Forza D’Agrò, a small village that has around one thousand inhabitants. This town’s sites are part of an imaginary world that has been shared with the world and brought to life by the book “The Godfather” by Mario Puzo.
It was host to some of the most famous scenes of the Francis Ford Coppola’s films and was chosen instead of Corleone that was in the original book. Forza D’Agrò and its monuments are more than simple scenery, they play their part as much as the actors who immortalised the characters of the book into cinematic history and launched them to international fame.

The monuments of Forza d’Agrò

The Mother church of the Santissima Annunziata is not only a cult place for the most serious film lovers, but also a shining example of the Baroque style that so characterises south eastern Sicily.
In the same way the church of the Holy Trinity is an important example of fifteenth century architecture, within which it is possible to appreciate numerous painted canvases by exponents of the Sicilian school.

The village and the castle of Forza d’Agrò

A lookout over the bay of Taormina

A lookout over the breathtaking coast of eastern Sicily – this is Forza D’Agrò. A true terrace over the bay of Taormina and the Straits of Messina, from where you can capture your holiday with a single shot forever in your heart. Moving through the characteristic streets of the town, you can reach the highest point where the Norman castle towers authoritatively offering a view of authentic Sicily.